iFamile Emu Children’s Home is helping shape the future of Uganda and at present they provide food and shelter for orphaned and vulnerable children but their vision is greater than that.

According to their official website they see children growing into influential adults, who through the education provided by iFamile Emu, will give back to their community of Bukedea and Uganda as a whole.

Their aim is to work within the community to set up sustainable development projects, which both support the orphanage and benefit the community.

Akol Benyamen is the heart and soul of iFamile Emu. His passion, commitment and leadership is the reason why IFECH is providing opportunities for their children that they would otherwise not have had.

He grew up as a second born in a small town called Bukedea, Kidongole about 200km from Kampala, the capital city of Uganda. A strong sense of being community minded and helping others was a value instilled in him from an early age by his parents. After completing studies, he returned to the village home in Uganda and started up a small business initially to sell handicrafts and art paintings. However, it was his dream to help orphans and vulnerable children that led him to offer his home in Kampala to volunteers from across the globe.

Akol Benyamen’s initiative and drive is passionate about children especially the orphans and vulnerable who are less privileged today.

” I felt the power in me and God spoke through me in sharing love amidst of little despite that there was little to give and share. Well this happened after witnessing an incident marked with injustice to some hungry kids in their innocence on the street, asking for something to eat from two men who were passing by with bags from the same church and the kids were pushed off with a beating, so this touched me and really pushed me to the wall; though we may not help the kids on the streets we do not beat them up, if we do how will they learn how to leave if there are no acts of mercy for the hungry kids.” says Akol.

With so much of enthusiasm he says that all this was possible because God has poured out his Love in their hearts of creating an environment that accepts the abused and abandoned children and bring about an end to stigmatization.

Akol adds that when he was in his late twenties, he felt a feeling of God speaking to him in a new dimension, to have a heart that feels for others and do well to the hurting, having a place in reaching souls, changing lives for God and having a heart for the children under rejection.

”At this moment a dream was born. I was persuaded to hold the dream till I completed my studies that ventured into my calling, from the dwelling of knowing what it means to be hopeful in God’s promises. I started seeing my spiritual role in the lives of the innocent souls I meet in rejection and it really was evident that I was being raised for a task to which God had for me.” says Akol Benyamen. 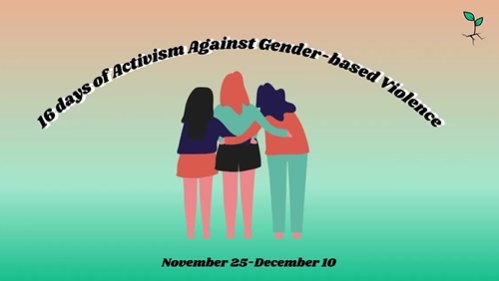 GroundBreakers is an innovative non-profit, helping activists connect. Learn about their recent campaign – 16 Days of Activism against Gender-Based Violence

Intersex people face violence and discrimination everyday. Still today there is little information about this group of people.

Juan Nader February 25, 2021
Our Privacy Policy has been updated to give you a better understanding of how we treat your data. Please click HERE to read the revised document.