Unless you’ve been living under a very large rock somewhere, you’re likely to be exposed to dozens of memes every week. Some are common, others niche, many overused, and a good few need explicit context to be understandable. Regardless of your level of meme knowledge, there’s memes out there for everyone to enjoy.

However, the meme has now evolved from simple inside jokes to become a cultural form of communication in the digital era – so much so that internet communities sometimes come by obscure snippets of news via memes faster than anything else.

You can even use this to your advantage, specially in your volunteering journey. How? Read on to find out! 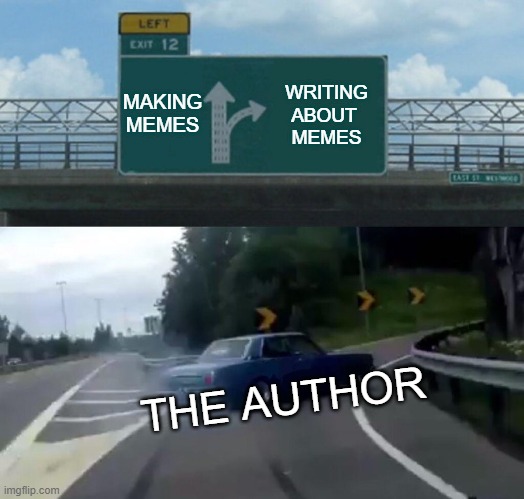 First off, what is a meme? According to Encyclopedia Brittanica, a meme is a “unit of cultural information spread by imitation. The term meme (from the Greek mimema, meaning “imitated”) was introduced in 1976 by British evolutionary biologist Richard Dawkins in his work ‘The Selfish Gene’.” Somewhat similar to comics, the earliest occurrence of the meme is said to date back to 3 BC, in the ancient city of Antioch.

‘Be cheerful; live your life,’ one of the earliest known memes

The more modern version of the meme – the internet meme – evolved shortly after the rise of the internet itself, and was referred to by Mike Goodwin in his article ‘Meme, Counter-meme’ in an issue of Wired in 1994.  The 1990’s was the era when the internet meme became popular, with many online sites – particularly Reddit, Tumblr, and 4chan – playing an instrumental part in developing it into the cultural phenomenon it is today.

The meme as a means of communication

Somewhere down the line, memes grew from merely a method of sharing jokes online to an expansive form of correspondence. Entire conversations could be built up on memes with specific contexts. One method is by using popular meme templates to fit a particular conversation or inside joke you may have with someone else. Another is to use phrases or keywords used in certain memes to carry on a conversation or articulate a particular sentiment (throwback to Wakanda).

In addition, as people became familiar with the meme, they began sharing memes of common interests or jokes with friends – similar to sending a postcard with a note saying “saw this and it reminded me of you”. This has also led to the rise of a new kind of friendship online, where communication is based on shared senses of humour, meme knowledge, and inside jokes. A study into the use of memes as a coping mechanism during the COVID-19 pandemic found in the research cohort that in each stage of collective coping “the socio-psychological aspects of the COVID-19 crisis are manifested through memes, as they help individuals to reevaluate a stressful situation.” Further, it stated that memes contribute to simplifying the COVID-19 crisis. This is because they counteract information from traditional media, giving a response while taking advantage of the humorous factor, thus making it easier to digest.

The state of memes at present

Memes are now a widespread and embedded internet phenomenon and a quintessential part of youth and internet culture. From video memes to meme NFTs, if something happens or exists, chances are there’s a meme for it.

Memes have become so ubiquitous that popular events now hire meme correspondents in order to gain publicity for their event through memes – if it’s happening anyway, might as well try to utilize it, right?

In addition, giants such as Netflix have used memes to market their streaming shows, with great degrees of success. Shows such as Enola Holmes and Sex Education achieved great meme success across social media platforms, creating further interest in the shows. 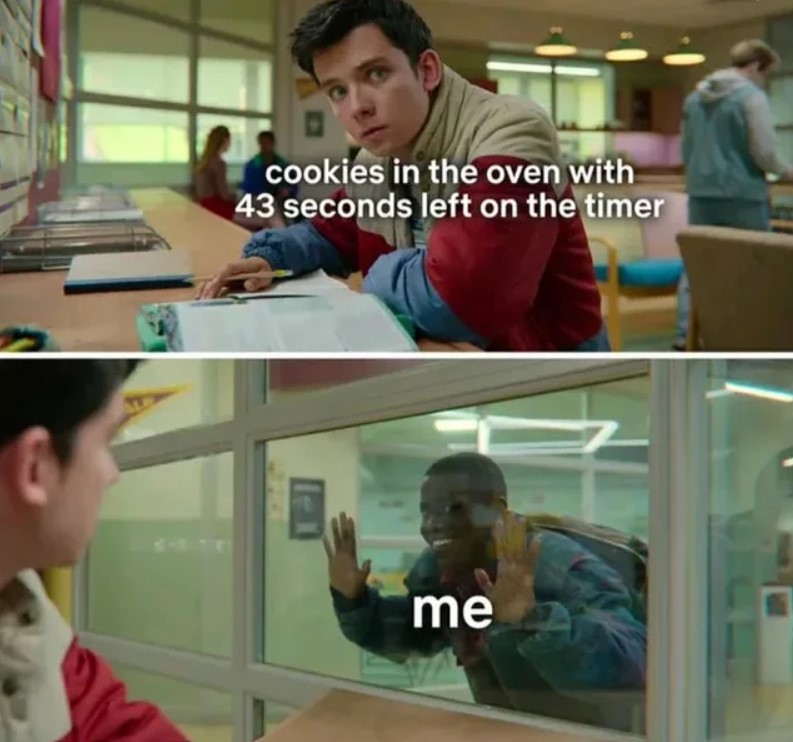 Elsewhere, the concept of combining world events led to some hilarious confusions on the internet. A notable incident was when news of Russian President Putin resigning (later denied through Russian media) was communicated to the masses through posts about Supernatural’s Dean and Castiel. The same applied for Georgia’s election results as well – as fans of the show used these incidents to derive context for their Destiel memes, others across the internet learned of these incidents.

The dark side of memes

On the other hand, memes can also have a dark side, which we mostly see with ‘dank’ and ‘dark humour’ memes, which can be offensive or shrouded in bigotry. The early meme platform 4chan, for example, is widely regarded as a cesspool of hate, harassment, and trolling, which led to it being “cancelled” by the larger community. However, outside of the specific places where dark humour runs wild, memes are generally safe. This is largely due to the fact that anything offensive is flagged and removed fairly quickly. The sheer number of users in the internet’s public space act as its own kind of monitoring system.

Beyond this, another problematic aspect of using memes is that, while they can act as an information carrier and a potential source for news, they may also do that to the detriment of said information. For example, oversimplifying or trivializing heavy issues, or painting a certain person as the villain. In the now-famous Depp vs. Heard case, we saw this abundance, as Heard was painted a villain by the majority of the internet community. A large number of the online content circulating about her was slanderous and remained unflagged because the larger community was on the same page. This calls to attention that memes need to be seen critically as well – a potential source of humor and unity, but not one without risks.

How volunteers can meme

Like it or not, memes have become one of the fastest and most effective ways of communicating your message in simple, captivating, and often hilarious ways. This makes memeing a highly valuable tool that you as a volunteer can use to spread your message as well. Organizations such as Students For Liberty place great emphasis on memes, with simple meme templates being effectively used to convey complex ideas. Want an example? See below: 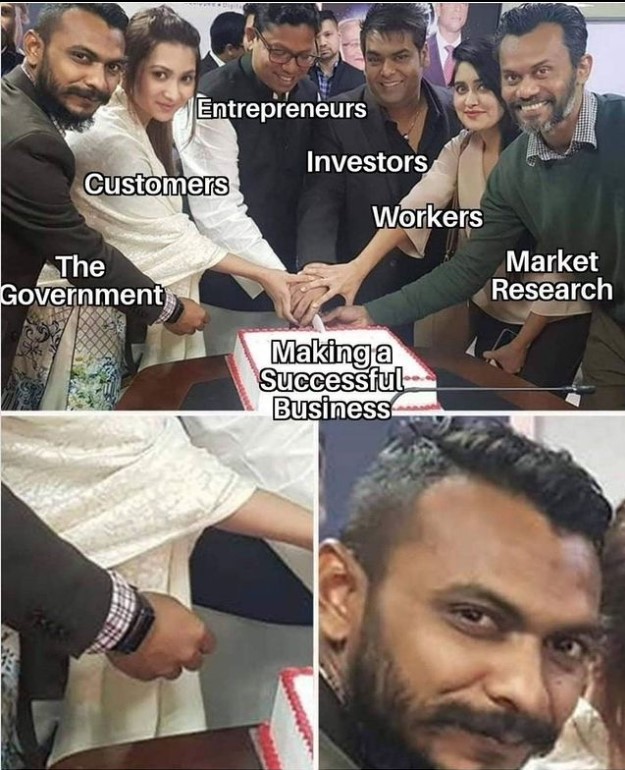 How Students For Liberty uses memes

Elsewhere, the National Wildlife Federation, in celebration of Garden for Wildlife Month, had a hilarious campaign featuring Goslings, and not the actual Ryan Gosling. Another great example is Sri Lanka’s Advocata, a think tank that utilizes TikTok videos to gain traction for their heavier content. Last but not least, you must have heard (at least once) the famous track “Dumb Ways to Die“. Did you know it’s actually a campaign by Metro Trains in Melbourne?

The great thing about memes is that, while having a good meme knowledge and being updated with current trends is definitely beneficial, you can still make a splash using the good ol’ classics which never go out of style (for example, the Phoebe-Joey meme template). Just make sure you’re getting your message and the context right in a non-offensive way, and you’ll be fine!

Whether you’re trying to communicate your message to a new audience, or simply raise awareness on an ongoing issue, a meme can be a simple and easy way to get your idea across. Why not try it?

Did you know that over one billion people across different countries, regions, and cultures volunteer worldwide? Discover it here! 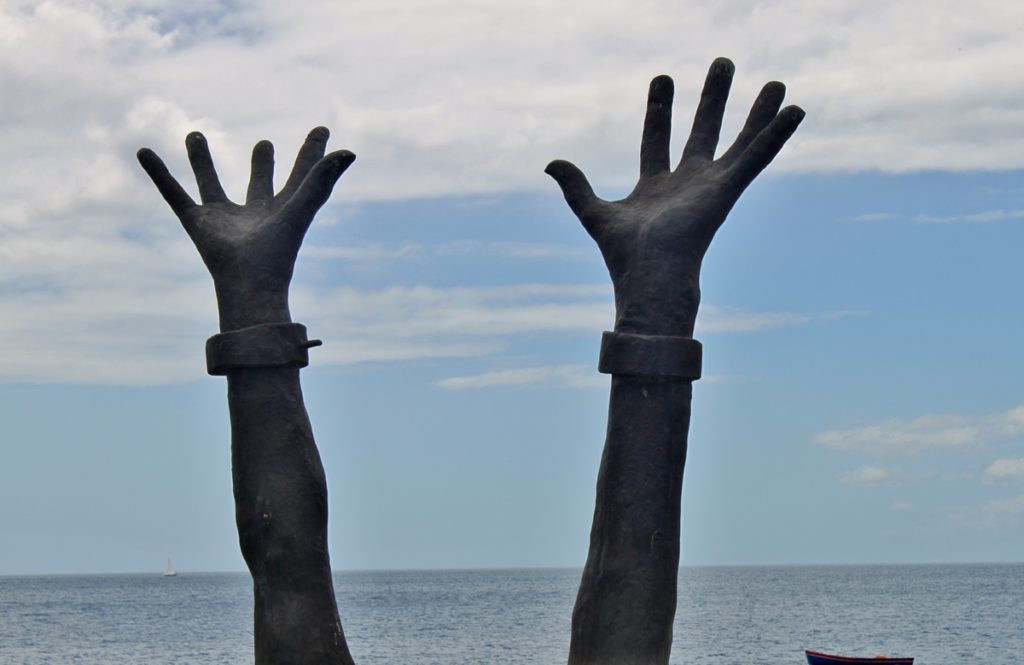 Introduction Since the 1990s, globalization has taken the world by storm. It allows people, products, and information to cross national borders at prices significantly lower than before. However, for most people, especially those in the developing world, this system hurts them more than it helps. One of the most severe tragedies of globalization is the…

Ariel Siton December 17, 2022
Our Privacy Policy has been updated to give you a better understanding of how we treat your data. Please click HERE to read the revised document.