The 1960s in the United States of America witnessed the rise of a counterculture that rejected and opposed conventional norms. It was a decade of political and cultural mass protest and activism. A revisionist wave resisted American interventionist foreign policy – protesting American military involvement in Vietnam. This would represent the birth of the Antiwar Movement – the first mass-protest movement that defied and disapproved warfare in American history. Indeed, popular opposition to the Vietnam War was unprecedented. Never before had so many Americans affiliated with diverse organizations to openly demonstrate against the government’s policies in times of war. In this article we will examine the Antiwar Movement in the U.S.- Its agenda, tactics, and achievements, and how it can inspire us today.

What is the Antiwar movement?

During the Cold War, the U.S. shifted the focus of its foreign policy towards stopping the spread of Communism. This was known as the containment strategy. It focused primarily on the containment of what the U.S. perceived as the ‘Communist threat’ wherever it existed. American policy makers believed that North Vietnam was under Communist influence. This situation made the U.S. keen on intervening to contain this influence. Such intervention occurred in the form of military involvement and large-scale warfare strategies. Thereafter, the Vietnam War began in 1954 and lasted until 1975.

The Antiwar Movement’s agenda revolved around promoting pacifism and demanding an end to military intervention in Vietnam. SDS members refused to be drafted into the military and opposed the idea of military induction. The military draft resulted in mandatory enrollment in the American Army. Therefore, Antiwar proponents pushed for the immediate release of anyone who was convicted of resisting mandatory conscription. The Movement further criticized the legitimacy of sending American young men to fight a war that they did not want to fight in, thousands of miles away.

Another objective of the Antiwar Movement was nuclear disarmament. The prospect of nuclear warfare led to the creation of the National Committee for Sane Nuclear Policy in 1957 and the Student Peace Union (SPU) in 1959. These organizations opposed nuclear armament and promoted peace activism. They also criticized the curtailment of social programs in favor of increasing military expenses. They advocated for the protection of civil liberties and demanded an end to the fear tactics used by the government to scare the people into supporting warfare policies.

In May 1970, four students were shot and killed by the Ohio National Guard while attending an Antiwar protest. The Kent State shooting shocked the protestors and triggered a national strike that resulted in the closure of hundreds of colleges and universities. Thereafter, protestors demanded the protection of free speech on college campuses. Proponents of the Antiwar Movement viewed the American policies, at home and abroad, as corrupt and repressive. They sought to establish a participatory democracy that can maintain justice and accountability. They supported the Civil Rights Movement, sought to end white supremacy, and rejected any escalation that could potentially result in violence.

The Antiwar Movement initially adopted peaceful approaches such as marches, teach-ins, demonstrations, and alternative media. The SDS organized marches in several places. They marched to Oakland Army Terminal where troops departed for Southeast Asia, and to Washington to protest against the bombing in Vietnam. Faculty members all over the country organized teach-ins at numerous campuses. They aimed at raising awareness and scrutinizing the moral values of American policies. The participants of teach-ins – also called seminarians – wrote to the Secretary of Defense, Robert McNamara, expressing their opposition to the war in Vietnam based on moral grounds. In addition, different student groups from various campuses around the country expressed opposition to U.S. involvement in Vietnam by publicly burning draft cards and chanting slogans such as “Hey, hey LBJ [Lyndon B. Johnson], how many kids did you kill today?”.

An equally important approach was the creation of alternative media networks such as the Underground Press Syndicate (1966) and the Liberation News Service (1967). These networks served to spread information and raise awareness in relation to the Vietnam War. The Underground Press Syndicate (UPS) propagated the Antiwar agenda through five newspapers: The East Village Other (NYC), the Los Angeles Free Press, the Berkeley Barb, the Fifth Estate (Detroit), and The Paper (Michigan).

The Movement leaders expanded their approaches to include conferences, debates, and symposiums. In October 1965, a symposium was held at Berkeley under the name “Vietnam Day” drawing remarkable numbers of people to discuss the moral legitimacy of the Vietnam War. Antiwar activists also employed art as a mechanism of opposition. Artists confronted the War in Vietnam through cultural expression and artistic resistance. They converted their messages into slogans and expressed themselves through images and paintings.

Antiwar protests succeeded at reframing and reforming mainstream discourse in regards to the Vietnam War. In fact, protestors ignited mutual aggression between policymakers. They influenced government officials such as Undersecretary of State George Ball and Secretary of Defense Robert McNamara, who ultimately doubted the moral justification of the war. This resulted in internal dissent and impacted policymaking.

More importantly, the Antiwar Movement noted that the draft resulted in the average age of the U.S. soldier in Vietnam being 19. They argued that it makes no sense that a 19-year-old was able to fight a war but unable to vote. This played a role in the introduction of the 26th Amendment which lowered the voting age to 18 year. In fact, it can be valid to attribute the removal of the military draft to the Antiwar Movement.

The Antiwar Movement participated in changing perceptions of military involvement. It succeeded in making people more sensitive and more aware in regards to the atrocities of war. It also made more young people politically informed as it impacted policymakers and public opinion. The 60s generation went on to rally behind women’s and African Americans’ rights, as well as the opposition to the Iraq and Afghanistan wars. This movement left a legacy of youth activism that would impact college campuses across the world.

Why is the Antiwar Movement Important today?

Today, we are separated by ideologies, by different beliefs, and by national belonging – to the extent that we are losing sight of what brings us all together: humanity. It is true that the absolute number of war deaths has been declining since 1945, but it is still significant. For example, the Brown University’s Costs of War Project estimates that, since 9/11, over 800,000 people have been killed in wars involving the United States around the world. Statista maintains that this research includes deaths involving civilians, U.S. and allied troops, contractors, security forces, opposition fighters, media, and humanitarian workers across different warzones.

Decades after the Antiwar movement emerged, the world is still suffering from warfare, war crimes, and human rights abuses. To put this in perspective, 426 million children live in conflict zones today. This number represents nearly one-fifth of the world’s children. The number of conflict zones has more than doubled in the past 25 years. Save The Children, a non-profit humanitarian organization, published a report in 2020 titled Stop the War on Children: Killed and Maimed. This report identified at least 11 conflict zones torn by warfare including Afghanistan, Central African Republic, the Democratic Republic of the Congo, Iraq, Mali, Nigeria, Somalia, South Sudan, Sudan, Syria, and Yemen.

Organizations like Peace Direct, Peace One Day, the International Peace Bureau (IPB), Nonviolent Peaceforce, and many others are putting commendable efforts in their endeavor for peace and justice. However, this data presents enough proof that we need the 60s Antiwar Movement to re-emerge again. We need its confrontational tactics and bold resistance- this time on an international scale and with global reach. The 60s movement can inspire us to stand against wartime policies and change them through different forms of active protest and opposition. It can inspire us to organize and impose popular pressure to push our government’s policies in the right direction.

This movement proved that internal dissent is achievable, if we only try. It also highlighted the importance of alternative media, even though protestors did not have social media platforms back then. They relied on underground press. Today, social media is accessible by nearly 4 billion people. This is more than enough to gain international attraction and to acquire sufficient support, if we only try persistently enough.

The Antiwar Movement also revealed the power of student activism. The impact that the youth can achieve once they organize and aim at something. Peaceful protests, marches, sit-ins, teach-ins, symposiums, seminars, and other forms of protest proved significant. They didn’t alter reality all at once, but they were heard, they were seen, and they left an impact. 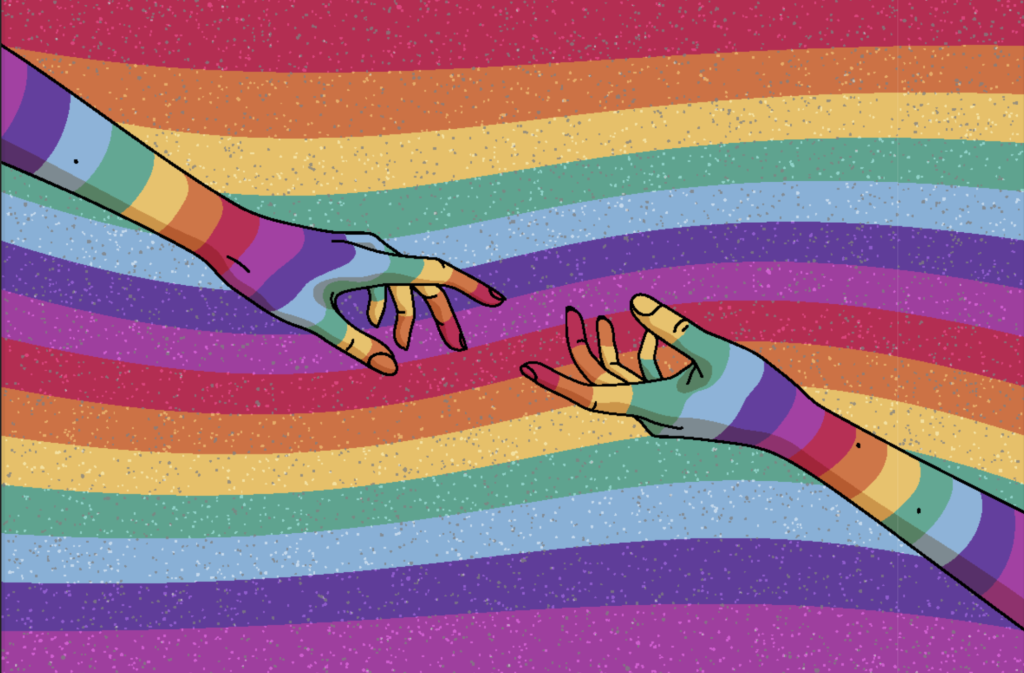 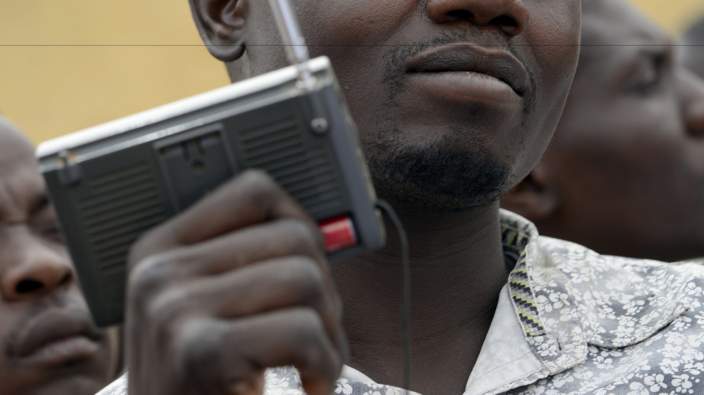